Take Time to Talk and Make the Time to Listen 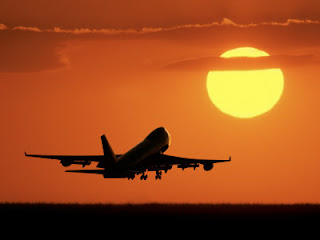 The Importance of Communication
by Alan Smith
A man and his wife were having some problems at home and were giving each other the silent treatment.

The next week, the man realized that he would need his wife to wake him at 5:00 AM for an early morning business flight to . Not wanting to be the first to break the silence (AND LOSE), he wrote on a piece of paper, “Please wake me at 5:00 AM.”

The next morning the man woke up, only to discover it was 9:00 AM and that he had missed his flight.

Furious, he was about to go and see why his wife hadn’t awakened him, when he noticed a piece of paper by the bed. The paper said, “It is 5:00 AM. Wake up.”
Communication — such a vital part of keeping marriages healthy! Show me a married couple having problems and I’ll show you a couple that’s having difficulty communicating. The greatest of problems can be solved with good communication. Even the smallest of problems can be insurmountable without it!

Remember when you were dating? You spent a lot of time talking to each other. You could spend hours on the phone at a time, sharing your opinions and your preferences, or just talking about what’s going on. But then you get married, you get to know each other, and you tend to quit talking, and even worse, you tend to quit listening.
Strong families communicate often. They talk about anything and everything. They also listen to each other. If a member of the family isn’t communicating, they find out why. “What’s the problem? Let’s talk it out, let’s solve the difficulty.”
Be willing to talk. Be willing to listen. And, perhaps most importantly, make time for both. In our hectic world where everybody is running in different directions all at the same time, we need to make time to be with each other and communicate.
Posted by TaylorMadeIn48 at Wednesday, June 08, 2011

The Elephants of Samburu - Please Mute Blog Music Before Viewing.

The Snowy Owls - Mute Music Prior to Watching Video

Visit msnbc.com for breaking news, world news, and news about the economy

As the creator of this Blog, all quotations and artistic images within this weblog are intended to be used under a policy of personal use and not for profit. The use of any Trademark or Copyrighted material is not intended to infringe copyright. If you see anything on this weblog that has not been properly attributed to its creator please advise me and I will immediately rectify its use. If a documented copyright owner so requests, their material will be removed from published display, although the Author reserves the right to provide linkage to that material or to a source for that material.

This website may, at times, present copyrighted material, the use of which might not always have been specifically authorized by the copyright owner. Such material is made available in an effort to advance understandings of democratic, ecomomic, environmental, human rights, political, scientific, and social justice issues, amoung others. The author believes that this constitutes a "fair use" of any such copyrighted material as provided for in section 107 of the U.S. Copyright Law. In accordance with Title 17 U.S.C. Section 107. The articles published on my website are distruibuted without profit for research and educational purposes.